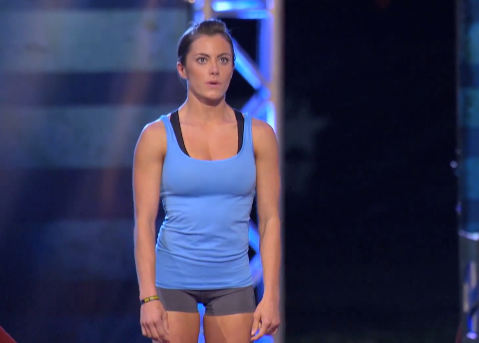 Want proof that being skinny and having a thigh gap doesn’t equal being weak, anorexic or unhealthy? I give you Kacy Catanzaro.

Catanzaro is a five foot (5′) tall, 100 pound gymnast, leaving cross fitters, personal trainers, Navy SEALS, and the like in the dust by being one of the first women ever to qualify for the season finals of the obstacle course show, The American Nina.

The division 1 gymnast, who won division of the year, displays incredible qualities of strength, body control, stamina and power despite her small frame in the video below.