Does this look like a 13 year old boy to you?

A comment recently left by a self proclaimed “hot” “Italian guy” who declared his love of pear shaped included the proverbial 13 year old boy jab that many larger men and women like to throw around.

I think it’s fine if a guy prefers his woman to be rounder, although he will be in the minority, but it is quite clear to me that these comments are meant to hurt thin and skinny women and make them feel like they are less of a woman because they lack “curves” – hence the comparison to boys.

Of course, I am left wondering which 13 year old boys that could be the celebrity stand in of Miranda Kerr these people are referring to.

After all, a woman that is thin can still have curves – see the picture to the left. She has boobs, hips and a thigh gap and no one in their right mind would mistake her for a boy.

At first I was just going to ignore the rant, as I do all the other silly comments where someone attempts to come into my blog home and school or shame us fit and slender women into seeing the light. How dare we want to be thin? Don’t we know “Strong is the new skinny” and “thick girls win at life?” 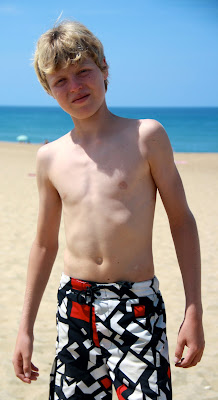 Never mind the fact that the majority of overweight women complain about not being noticed by men or getting a date, being discriminated against because unfair character judgements are passed on them by strangers (no self control or laziness) and would swap bodies with the very women that are so-called 13 year old boy clones.