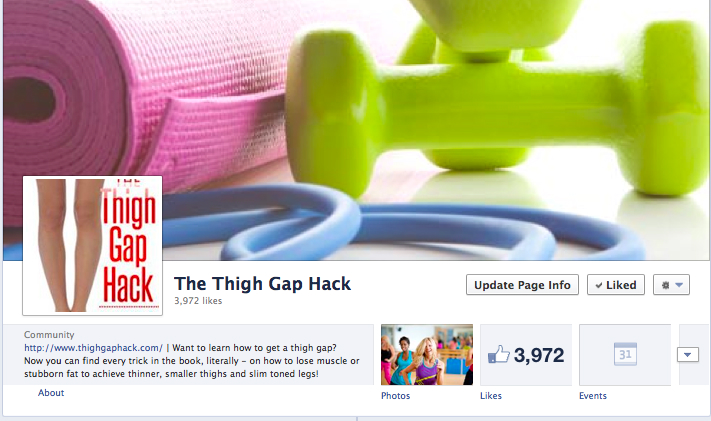 Today, I am happy to report that The Thigh Gap Hack page has been reinstated!

I want to thank you all for your messages of support to facebook and to me. You have made ‘The Thigh Gap Hack’ a success, and brought the fan page back from the dead. I look forward to chatting and connecting with you all for years to come!