Did Beyonce Photoshop her Thigh Gap? You Decide! 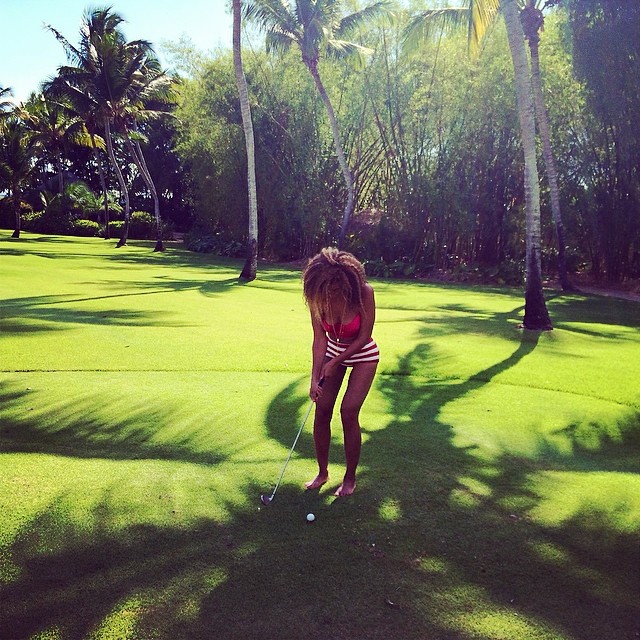 Beyonce posted a picture of herself golfing while on vacation with her fabulous family and people are speculating that the singer/actress/everything else photoshopped her legs to reveal a thigh gap before making the photo public on social media.

Of course, people are up in arms!

I’m not sure why they would be though given Beyonce famously whittled her legs down to reveal a thigh gap during her grammy’s performance with Jay-Z.

SIDE NOTE: Want to know how she did it? I think she used water weight and dehydration tactics, which I will be covering in my next book: How to Lose Water Weight and Look Great in 2 weeks or less, but you can find out the other ways she could have gotten her thigh gap in this post.

Now, it should be noted that Mrs. Carter is bending her knees and leaning forward which will make anyone’s legs look slimmer and trimmer, so it’s possible there was no foul play involved. What do you think?

I think people need to stop trying to make Queen Bey the epitome of bootyliciousness since it’s obvious she doesn’t even want that physique or title anymore. She keeps dieting and trimming down for a reason: she clearly wants to look more mainstream, slender and feminine and loves to show off her body when she manages to drop a few pounds.

Beyonce won’t be your savior or poster child for women with thunder thighs anymore – and can you blame her? This is the same woman who strives for perfect in all that she does and wants to be anything but ordinary. This is also the same woman whose publicist tried to get unflattering images of her removed after her Super Bowl performance. In fact, those were the images that probably sparked her desire to get those thighs in check!