Beyonce May Not Have a Thigh Gap – But She Probably Wants One! 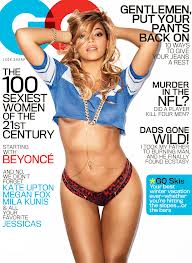 Twitter was all abuzz after Beyonce’s Halftime Superbowl performance on Sunday, when a parody Twitter account in the manner of Fat Amy (the character in the movie Pitch Perfect played by Rebel Wilson) tweeted, “Beyoncé doesn’t have a thigh gap but shes [sic] considered the most beautiful woman in the world. Remember that when you feel bad about yourself,” according to The Globe and Mail. This was retweeted more than 800 times.

First of all, Beyonce is NOT the most beautiful person in the universe to everyone!

Beauty is in the eye of the beholder and while she may not be fat, it is possible that some people would prefer to have a more svelte and streamlined look that she sports (Heck, she probably even wants to lose some of the fat from her thighs given many of her album pictures/photos/videos airbrush the fat out of them. When Oscar Time/award season rolls around she appears drastically thinner and remember when she was set to shoot the cover of Sports Illustrated?

Perhaps this excerpt from an article written in 2007 will remind you.

Beyonce said she prepared for the shoot by being extra-strict about her diet, which proved especially difficult because the photos were taken right after Thanksgiving.”At dinner, I kept thinking: this extra piece of pie will show up,” she recalled. “I always make sure I celebrate it up, but I was so terrified with every little thing I ate this year.”All that discipline paid off, as she said she was pleased with how the photos turned out.”These are photos I can show my kids some day, so I can say, ‘See, momma was beautiful. Look how good I looked!'” she said. 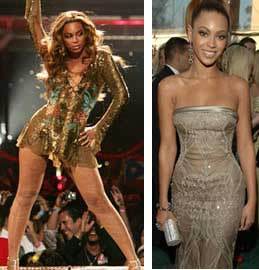 Also, the article claimed that Beyonce has a lot of muscle and she is fit, not fat. I would say she is fit but she definitely is capable of getting a thigh gap when she loses some of her body fat. Remember when she lost 20 pounds for her role in Dreamgirls? Some might say she looked better thinner.

Finally, this article isn’t meant for you to feel bad about yourself when you look in the mirror, but to give perspective to those who desire a different look/aesthetic than Beyonce to know that it’s totally fine, especially when Beyonce herself seems to try to attain that exact same look from time to time!

You can change your body composition through diet/exercise as well as other hacks known to boost your metabolism and burn calories and do not have to settle with the bod you have now. Neither do you have to turn to starvation diet and anorexia or bulemia! It’s not an all or nothing type of situation. If you adopt the basic fitness advice I give here and in the book, as well as take advantage of the hacks that are available, then you won’t have to be stuck with having fat/thick thighs for the rest of your life.